An accident happened at a Maryland sailing club were about 24 people fell into cold water. 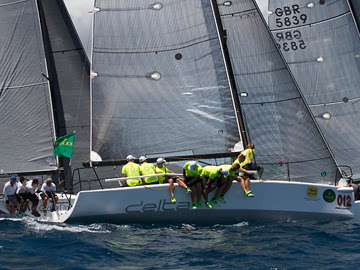 Though, none of them has any major injury as the rescue team came on time and saved all of them. MSC says they are grateful that no one has been hurt in the accident.

In addition to on-time arrival of the rescue team at the accident point other things that protected participating sailors from damage is a safety precaution. All sailors were experienced and they adopted all safety measures before going in the water.

Captain of Fleet Dorian Haldeman said, “When we fell down, we took all the safety, we kept holding the boat and prayed that the wind should die.”

She narrated how she fell into water, she said. She was 1 of 22 people who were on board at the time of sailboat race. Suddenly the wind started and the speed of the wind was approximately 40-miles/hr. First, it flipped a 14-foot vessel and it seems like it has flipped a domino and left the sailor at nature’s mercy.”

The view of the accident was captured on a mobile; it showed 22 people fell into the water that was choppy and cold. Then the rescue team reached with boats and equipment to save them. They successfully protected them all.

One of the main reasons that nobody gets hurt in this accident was all the people who fell into the water was wearing the dry suits and life jackets. That made the difference and save them all. However, the sailing club effort of rescuing people was also commendable. They immediately took the action and sent crew team to rescue people.